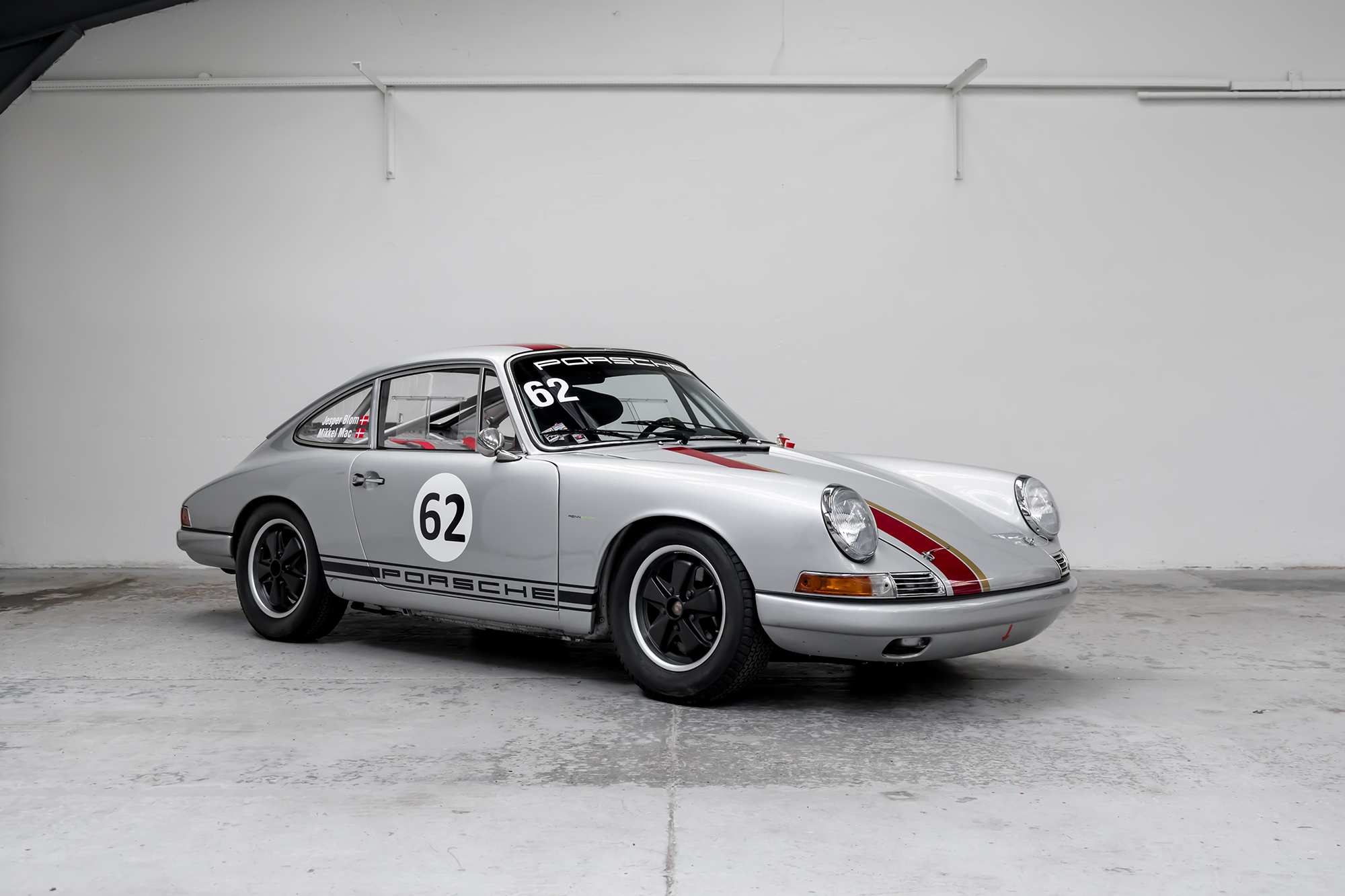 This is probably the best 911 of this generation. On top of that, it’s the direct entry to some of the most respected and treasured Historic races that the modern race-world has to offer to this date. This 1965 911 has every approval and homologation needed to fulfill the demands to be accounted in the HTP FIA Class GTS 11 and this is valid until 31stof December 2028.

With the car follows a certificate from Porsche AG dated back to 20thSeptember 2005 that states the origin and authenticity of this vehicle. The car is entirely matching numbers in regards of doors, panels, fenders, engine, gearbox etc.

No major incidents have ever struck this vehicle and every body panel is aligned in the way that it should. close to 400 hours has been spent during 2015/16 disassembling every nut and bolt, repairing and restoring where needed and then assembling and preparing for the new paint job.  Since the rebuilt the car has only raced Copenhagen Historic Grand Prix in 2016, 2017, 2018 with Le Mans winner Michael Christensen and in 2019 with Le Mans driver Mikkel Mac.

The current owner bought this 911 from the Porsche racing specialist Roock in Germany in 2015. The car has undergone a complete rebuild with a total cost of more than EUR 250.000.

The engine was entirely rebuilt by Duel Motorsport – Dutch Engine Labratories: http://www.duel.nl. This was in 2019 and in direct accordance the all of the applicable regulations. The power of the engine is approximately 200 HP (tested in 2019). The gearbox was rebuild by Porsche Denmark in 2018 to a short ratio unit + new shifter. The car has only been raced once since the engine rebuild – this was at the Historic Grand Prix in Copenhagen, where it finished on a 4thplace being the highest ranked Porsche at the event.

– New windows (heated front) and the rest in lexan

– Bespoke leather interior parts on the door panels and the dashboards

– Updated fire extinguishing system for both cabin and engine

– Fire extinguisher (both cabin and enginebay)